Diabetes mellitus (DM), commonly known as diabetes, is a group of metabolic disorders characterized by high blood sugar levels over a prolonged period. Symptoms of high blood sugar include frequent urination, increased thirst, and increased hunger. If left untreated, diabetes can cause many complications. Acute complications can include diabetic ketoacidosis, hyperosmolar hyperglycemic state, or death. Serious long-term complications include cardiovascular disease, stroke, chronic kidney disease, foot ulcers, and damage to the eyes. Diabetes is due to either the pancreas not producing enough insulin, or the cells of the body not responding properly to the insulin produced. There are three main types of diabetes mellitus: Prevention and treatment involve maintaining a healthy diet, regular physical exercise, a normal body weight, and avoiding use of tobacco. Control of blood pressure and maintaining proper foot care are important for people with the disease. Type 1 diabetes must be managed with insulin injections. Type 2 diabetes may be treated with medications with or without insulin. Insulin and some oral medications can cause low blood sugar. Weight loss surgery in those with obesity is sometimes an effective measure in those with type 2 diabetes. Gestational diabetes usually resolves after the birth of the baby. As of 2017, an estimated 425 million people had diabetes worldwide, with type 2 diabetes making up about 90% of the cases. This represents 8.8% of the adult population, with equal rates in both women and men. Trend suggests that rates will continue to rise. Diabetes at least doubles a person's risk of early death. In 2017, diabetes resulted in approximately 3.2 to 5.0 million deaths. The global economic cost of diabetes related health expenditure in 2017 was estimated at US$727 billion. In the United States, diabetes cost nearly US$245 billion in 2012. Average medical expenditures among people with diabetes are about 2.3 times higher. The classic symptoms of untreated diabetes are unintended weight loss, polyuria (increased urination), polydipsia (increased thirst), and polyphagia (increased hunger). Symptoms may develop rapidly (weeks or months) in type 1 diabetes, while they usually develop much more slowly and may be subtle or absent in type 2 diabetes. Other symptoms of diabetes include weight loss and tiredness. Several other signs and symptoms can mark the onset of diabetes although they are not specific to the disease. In addition to the known ones above, they include blurred vision, headache, fatigue, slow healing of cuts, and itchy skin. Prolonged high blood glucose can cause glucose absorption in the lens of the eye, which leads to changes in its shape, resulting in vision changes. Long-term vision loss can also be caused by diabetic retinopathy. A number of skin rashes that can occur in diabetes are collectively known as diabetic dermadromes. People (usually with type 1 diabetes) may also experience episodes of diabetic ketoacidosis (DKA), a metabolic disturbance characterized by nausea, vomiting and abdominal pain, the smell of acetone on the breath, deep breathing known as Kussmaul breathing, and in severe cases a decreased level of consciousness. A rare but equally severe possibility is hyperosmolar hyperglycemic state (HHS), which is more common in type 2 diabetes and is mainly the result of dehydration. 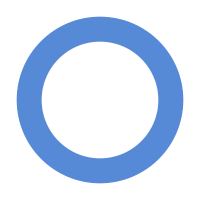