Medicine is the science and practice of establishing the diagnosis, prognosis, treatment, and prevention of disease. Medicine encompasses a variety of health care practices evolved to maintain and restore health by the prevention and treatment of illness. Contemporary medicine applies biomedical sciences, biomedical research, genetics, and medical technology to diagnose, treat, and prevent injury and disease, typically through pharmaceuticals or surgery, but also through therapies as diverse as psychotherapy, external splints and traction, medical devices, biologics, and ionizing radiation, amongst others. Medicine has been around for thousands of years, during most of which it was an art (an area of skill and knowledge) frequently having connections to the religious and philosophical beliefs of local culture. For example, a medicine man would apply herbs and say prayers for healing, or an ancient philosopher and physician would apply bloodletting according to the theories of humorism. In recent centuries, since the advent of modern science, most medicine has become a combination of art and science (both basic and applied, under the umbrella of medical science). While stitching technique for sutures is an art learned through practice, the knowledge of what happens at the cellular and molecular level in the tissues being stitched arises through science. Prescientific forms of medicine are now known as traditional medicine and folk medicine, though they do not fall within the modern definition of “medicine” which is based in medical science. Traditional medicine and folk medicine remain commonly used with, or instead of, scientific medicine and are thus called alternative medicine (meaning “ other than medicine”, from Latin alter, “other”). For example, evidence on the effectiveness of acupuncture is 'variable and inconsistent' for any condition, but is generally safe when done by an appropriately trained practitioner. In contrast, alternative treatments outside the bounds not just of scientific medicine, but also outside the bounds of safety and efficacy are termed quackery. .mw-parser-output .toclimit-2 .toclevel-1 ul,.mw-parser-output .toclimit-3 .toclevel-2 ul,.mw-parser-output .toclimit-4 .toclevel-3 ul,.mw-parser-output .toclimit-5 .toclevel-4 ul,.mw-parser-output .toclimit-6 .toclevel-5 ul,.mw-parser-output .toclimit-7 .toclevel-6 ul{display:none} Quackery can encompass an array of practices and practitioners, irrespective of whether they are prescientific (traditional medicine and folk medicine) or modern pseudo-scientific, including chiropractic which rejects modern scientific germ theory of disease (instead believing without evidence that human diseases are caused by invisible subluxation of the bones, predominately of the spine and less so of other bones), with just over half of chiropractors also rejecting the science of immunization. Medicine (UK: /ˈmɛdsɪn/ (listen), US: /ˈmɛdɪsɪn/ (listen)) is the science and practice of the diagnosis, prognosis, treatment, and prevention of disease. The word 'medicine' is derived from Latin medicus, meaning 'a physician'. Medical availability and clinical practice varies across the world due to regional differences in culture and technology. Modern scientific medicine is highly developed in the Western world, while in developing countries such as parts of Africa or Asia, the population may rely more heavily on traditional medicine with limited evidence and efficacy and no required formal training for practitioners. Even in the developed world however, evidence-based medicine is not universally used in clinical practice; for example, a 2007 survey of literature reviews found that about 49% of the interventions lacked sufficient evidence to support either benefit or harm. In modern clinical practice, physicians personally assess patients in order to diagnose, prognose, treat, and prevent disease using clinical judgment. The doctor-patient relationship typically begins an interaction with an examination of the patient's medical history and medical record, followed by a medical interview and a physical examination. Basic diagnostic medical devices (e.g. stethoscope, tongue depressor) are typically used. After examination for signs and interviewing for symptoms, the doctor may order medical tests (e.g. blood tests), take a biopsy, or prescribe pharmaceutical drugs or other therapies. Differential diagnosis methods help to rule out conditions based on the information provided. During the encounter, properly informing the patient of all relevant facts is an important part of the relationship and the development of trust. The medical encounter is then documented in the medical record, which is a legal document in many jurisdictions. Follow-ups may be shorter but follow the same general procedure, and specialists follow a similar process. The diagnosis and treatment may take only a few minutes or a few weeks depending upon the complexity of the issue. The components of the medical interview and encounter are: 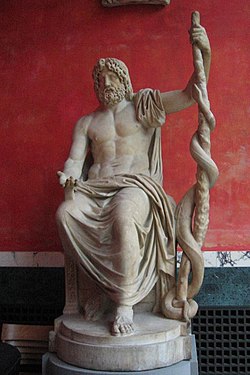